Guide to the duties and responsibilities of directors 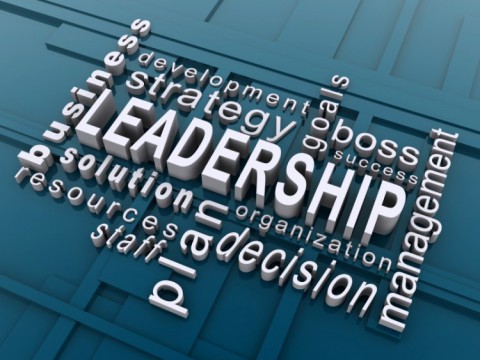 Who is a director?

A director is responsible for the management of a company’s affairs. If you exercise sufficient influence over a company or act as if you are a director, you may be treated as one for certain purposes, even if not formally appointed. For example, you could then be a ‘shadow’ or ‘de facto’ director, and you may acquire duties and liabilities even if you are not officially a director.

Persons under the age of 16 or any one that has been given bankruptcy status cannot become a director.

Could you be a director?

There are no mandatory qualifications to become a director, but you must be capable of performing the seven statutory duties set out by The Companies Act 2006, listed below:

1.To act within their powers. This requires a director to comply with the company’s constitution (usually the Articles of Association) and decisions made under the constitution and to exercise the powers only for the reasons for which they were given.

2.To act in a way the director considers (in good faith) is most likely to promote the success of the company for the benefit of its members as a whole (or, if relevant, other purposes specified in the constitution). In performing this duty, a director must have regard to all relevant matters, but the following are specifically identified in legislation:

3.To exercise independent judgment, that is, not to allow yourself to be bent to the will of others. This does not prevent directors from relying on advice, so long as they exercise their own judgement on whether or not to follow it.

4.To exercise reasonable care, skill and diligence. This requires a director to be conscientious, careful and well informed about the company’s affairs. If a director has particular knowledge, skill or experience relevant to his function (e.g is a qualified accountant and acting as a finance director). Expectations regarding what is ‘reasonable’ will be judged accordingly.

5.To avoid conflicts (or possible conflicts) between the interests of the director and those of the company. The prohibition will not apply if the company consents (and consent meets the necessary formal requirements).

6.Not to accept benefits from third parties (i.e. a person other than the company) by reason of being a director or doing anything as director. The company may authorise acceptance (subject to its constitution), for instance to enable a director to benefit from reasonable corporate hospitality.

In addition, a director MUST:

Duties of the company

The company itself has numerous legal duties, including those under the Companies Act itself, such as:

Complying with all other laws and regulations applicable to it, e.g. tax and employment laws.

As the company acts through the board of directors, the directors are responsible for ensuring compliance by the company.

In certain cases, directors are made specifically liable for a violation, for instance, in the case of accounting records, every officer of the company is liable to a fine, imprisonment or both.

What are the consequences of breach?

The general duties outlined above are owed by the director to the company, and only the company, or in limited circumstances, the shareholders, will be able to enforce them as such.

Remedies available for breach of these duties include injunctions (to prevent further breach), setting aside a conflicted transaction, restoration of company property held by the director and damages.

A breach may also be grounds for termination of an executive director’s service contract.

A few examples of circumstances where a director may be personally liable for acting as a director, include:

Can a director be relieved of liability?

A director of a company cannot be exempted from liability in connection with any negligence, default, breach of duty or breach of trust in relation to the company. A director cannot be indemnified by the company against those liabilities unless the indemnity meets specific statutory criteria. The prohibition does not prevent a company from providing ‘Directors and Officers’ (D&O) insurance for directors, but this does not exonerate them from their obligations.

A company may generally ratify acts carried out by a director in breach of duty. Appropriate procedures need to be followed for ratification and not all acts can be ratified (for instance, fraudulent acts of the director). A court may relieve a director if it considers that the director has acted both honestly and reasonably and that he ought fairly to be excused.

This guide is a just a brief overview of the key general duties of directors of limited liability companies under the Companies Act 2006.

A director may have numerous other responsibilities in relation to a company, such as arrangements between the director and the company, financial reporting and accounting, share issues and winding up. Additional requirements will apply to listed companies or companies traded on a regulated market.